Tanzania is a coastal country with a history of involvement in the slave trade. It has emerged from a period of socialism under President Nyerere into a growing economy over the past several years. There are vast open spaces with some of the largest game reserves in Africa. A large percentage of the population are farmers, but urbanisation is taking place with over 4 million people living in the capital city, Dar Es Salaam.

Our 18 projects in Tanzania serve 8 million people in the South East of the country.

Our first ten projects in Tanzania were started in partnership with Pioneer Bible Translators (PBT) as a cluster project with Barry's direct involvement from 2004 to 2008. Start-up costs for all ten projects were provided by TWFTW. Thereafter The Seed Company has been a major donor. The first six projects started in 2006 and a further four in 2007. All ten teams have completed the New Testament. Five thousand New Testaments are currently being printed in each of the 10 languages. All ten teams are at various stages of translation of the Old Testament (about 40% complete).  All New Testaments will soon be available on YouVersion for smart phone or on the www.Bible.comwebsite. In seven of the ten languages the Jesus Film has been recorded.

Leadership team in Tanzania (From left to right)

Doreen is one of the administrators and married to Reuben Kabwe, a Zambian, the National Director in Tanzania. John M. is our Director of Training. Raymond is the Assistant National Director. He also does exegetical work, as does Godfrey (a former Lughuru translator).

Christianity 15%. A predominantly Muslim population. The translators are Daniel, Joyce and Abby.

Christianity 22%. A predominantly Muslim population. The current President of Tanzania is a Kwere speaker. The Kwere people live on the coastal plains of the Indian Ocean. Oral tradition says that they were originally Lughuru people who migrated towards the coast. The translators are Romy, Phillip and Janet.

The Kwere New Testament can be read online or on smart phone app at www.bible.com.

Christianity 61%.  The Lughuru people live in the Southern part of the Morogoro region. The gospel has been known in this area since the 19th century when first David Livingstone and later German missionaries came to this area. The translators are Theodore, Emanuel and Priscilla.

The Lughuru New Testament can be read online or on smart phone app at www.bible.com. The Jesus film can also be viewed at www.lughurulanguage.com. The Old Testament is 80% drafted.

Christianity 8%. There is a large Makuwa speaking group in Mozambique but research has shown that both groups need a separate translation. The translators are Noel, Charles and Albano.

Christianity 5%. A very isolated group who are predominantly Muslim. The translators are Exavier, James and Heri.

The Jesus film can be viewed in Ngindo at jesusfilmmedia.org. 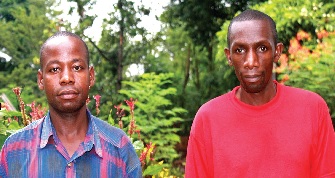 Christianity 15%. T he Nguu people live in the Western part of Tanga Region, Kilindi District. Oral tradition says that Nguu was the mother group of the Zigula and the Shambala. The translators are William, Lameck and Fred.

Christianity 83%.  The Pogoro people (also called Pogolo) live in the Southwestern part of the Morogoro Region, bordering the Selous Game Reserve. The Kilombero River is the divide between Pogoro and Ndamba, with the Pogoro south of the river; one must cross the river by ferry, which is not always operational. The translators are John K, Remigius and Himary.

The Pogoro New Testament can be read online or on smart phone app at www.bible.com.The Jesus film can also be viewed in Pogolo at jesusfilmmedia.org.

Christianity 60%. A shy mountian-dwelling group that also migrated to the foothills of the Rua River near Kilombero. The translators are Damas, Constancia and Nestory.

Christianity 9%. This group is predominantly Muslim and lives in the Handeni and Tanga areas of Eastern Tanzania. The translators are  Nicholaus, Raphael and Cecilia.

Five new teams were formed in 2009 and attended the DBT training programme. Since then the Gospels of Luke has been published in all five languages. Additional Biblical books (Acts and 2 Corinthians) have also been consultant checked and most of the teams have completed the first draft of the New Testament.

Christianity 26%. The translators are Herman, Jackline, and Jarmercy.

Christianity 31%. The translators are  Pius, Stephano and Daniel.

Christianity 90%. There is a strong Catholic Church, with a long history among the Ngoni people of Songea region. The translators are Casper and Festo.

Christianity 10%. The Yao language is also spoken in Malawi and Mozambique, but due to the significant influence of Swahili and Portuguese, separate translations have been deemed necessary. The translators are Gloria,  John G and  Salome. 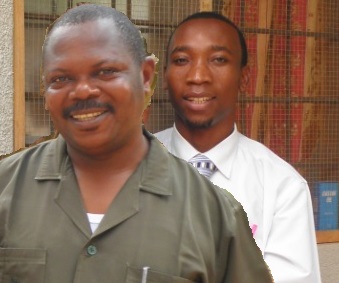 Christianity 3%. This group surrounds Dar Es Salaam and is largely Muslim in population. The translators are Stephen and  Michael.

TWFTW and Pioneer Bible Translators joined hands to ensure the completion of the New Testament in these 15 languages.

Candidates from  three additional languages have been trained in translation.  The projects started in 2015 and we partner with The Seed Company in them.

Christianity 20% The translators are Richard, Frank and Gideon.

Christianity 94% The translators are John N, Nicholaus and Leonard.

Christianity 80%  Aidan Ndunguru  and 2 prospective trainees will be translating.

For personal news and testimonies from our translators in Tanzania join our facebook group - TWFTW Translation Family.